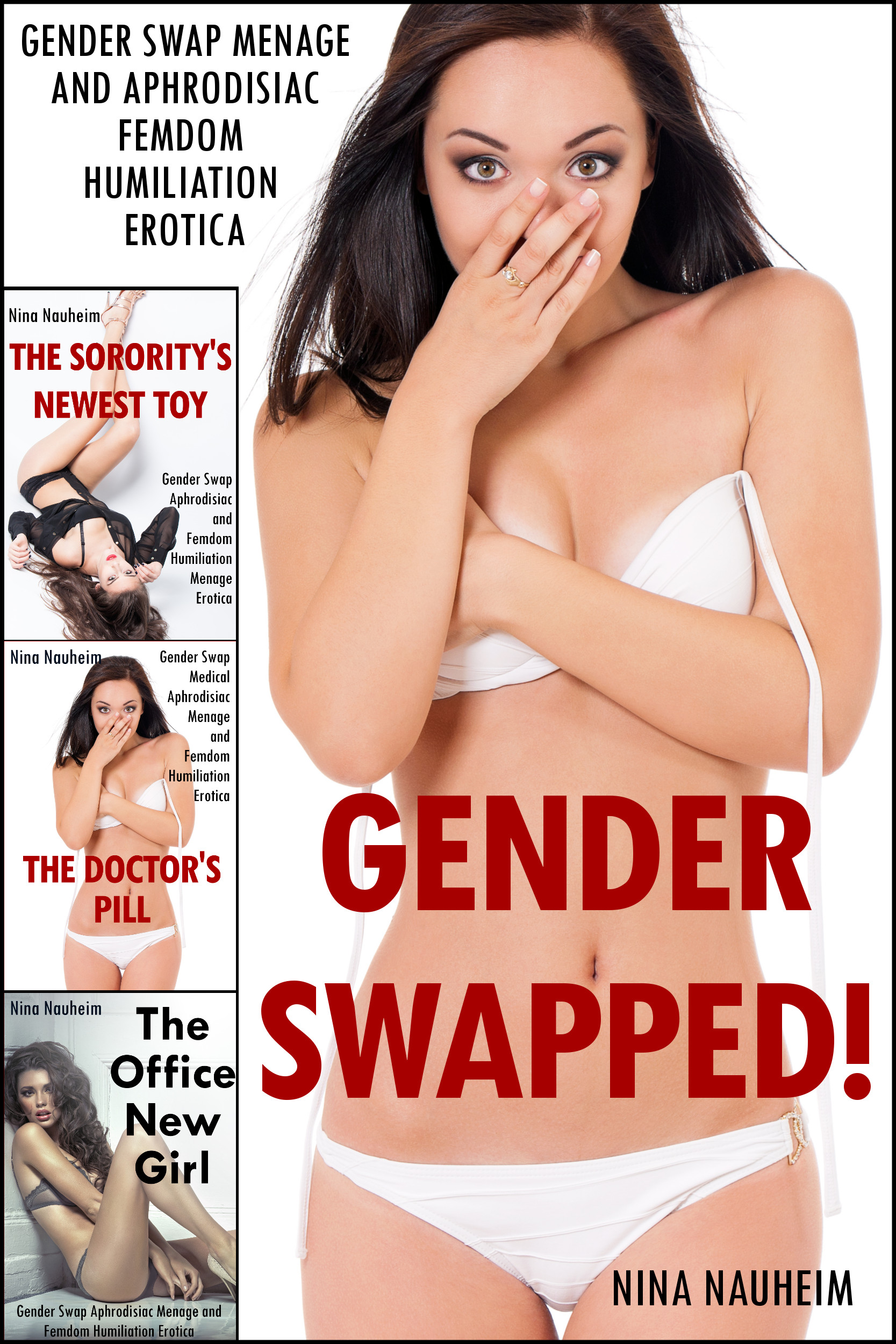 Chris Bethel thinks he’s struck gold when a crude remark to a girl walking past at a party seems to have won him a date. She looks like she should be out of his league or at least offended by the way he was talking about her ass, but instead she invites him to a party at her sorority house for the following day.

He’s barely in the door before the girls have offered him drugs that they say they’ve all been taking, and seeing his chance to take advantage of some intoxicated sorority sisters, he’s happy to join in. But it’s only a few minutes before he starts to realize the pills they’ve given him do a lot more than make him feel different – they’re going to make him look different, too! In the space of minutes Chris has become Chrissy, with a sexy transformed body and a bimbo’s sex-crazed mind to match.

And that’s when the sisters reveal their final surprise: Chrissy isn’t their only guest at this little party. The Nu Alpha fraternity should be arriving any minute, and the frat brothers have been told all about the new girl who’s just dying to get filled by a couple of the frat’s biggest rushees.

Eric Samuels is trying to score some anti-anxiety drugs from a new doctor, and when he learns this new doctor is a woman he’s sure he’ll soon have her pretty eyes watering with sympathy and writing him any prescription he wants. But when the attractive Dr. Bell catches him ogling her ass, she starts to get wise to the situation and decides to teach him a lesson.

She tells him she wants to help and the pill she gives him probably will make him feel good, at least eventually, but first he’ll have to come to terms with the transformation that Dr. Janice Bell’s gender reassignment drug puts him through as Eric becomes Erica. Only then can the fun start, as the busty, over-sexed new bimbo learns to give in to her overpowering urges.

Max Losman’s four years in college were supposed to prepare him for bigger and better things than a job as a personal assistant. When he takes his whining and crass flirtation a step too far with a coworker from the office a floor down, she decides it’s time he learned a thing or two about perspective. When he leaves his new weightlifting supplement out on his desk, she finds herself with the perfect opportunity to make a little switch with some hormone pills of her own. It isn’t long before Max finds himself in a new body: female, sexy, and sex-crazed. With no choice but to show up for work in her new state, the office new girl is soon helplessly flaunting her new assets through the office in ways that Mr. Borough and the other partners accustomed to the firm’s stuffy work environment can’t help but notice … and act on. It’s not long before the unfamiliar but compulsively slutty newcomer is getting all the attention she can handle, and more.

Notice: These titles include themes and passages that have been adapted from the works of Jessica Whitethread with full consent of the original author.

Find it exclusively on Amazon.