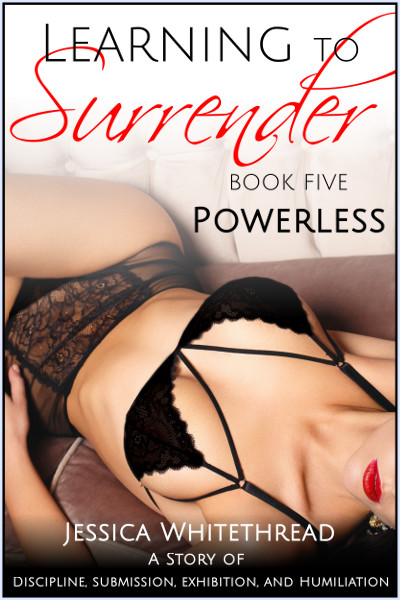 No man has ever made Heather feel the way Troy does, but no man has ever asked so much of her in return. When can she trust he knows exactly how much she can take, and when is she right to be afraid?

Every choice feels like its leading to disaster, and the only thing that makes sense is to give in …

The rideshare driver who picked her up took a little convincing that he was authorized to drive into the charter terminal at the airport. He was smarter she had given him credit for at first glance, and he could tell Heather wasn’t providing the whole truth when she said she was on some sort of approved parties list. But after being promised a generous tip, he agreed to try.

Twenty minutes later, there they were pulling up to the access gate of the charter terminal. Heather leaned out to wave at the security guard, and thankfully he had been working the previous Friday when she and Troy had flown out en route to Italy. He motioned them through without stopping them.

She spotted the familiar white limousine waiting out closer to the concourse, and directed the driver to drop her off next to it. She couldn’t stop thinking about coming here for her first time three weeks ago, when she was still so awed by the idea that someone like Troy Baldwin wanted to see her again. It was funny how she was always meeting him at the airport, as if he came down from somewhere more important just to see her.

But what an unhealthy attitude, she realized. It’s that kind of thinking that got me into this mess. He’s just someone. He’s amazing and thrilling and I fall apart when he touches me, but he’s just human. He’s just human and I’m just human. No more and no less. If I can’t accept that I deserve him, I don’t have any business being here. What’s between us can be real. I can make it real. If he doesn’t think that’s what he wants, I’ll show him it is. I will.

It was a nice little mantra. Repeating it felt good. It helped pass the minutes that seemed to stretch like hours. The wind bit into her skin, whipped through her hair, made her feel like she was waiting at the edge of the world, trying to reach across it.

After a lifetime, a cold, dreadful lifetime, she saw a jet approaching along the network of runways.

Heather’s courage almost failed. She had nowhere to run, no way to leave, and it was still so hard to stay still, watching it come. Her heart was in her throat. Her palms hurt where she’d been pressing her nails into them. If the plane had been waiting for her to be ready, it never would have come.

Find my books on