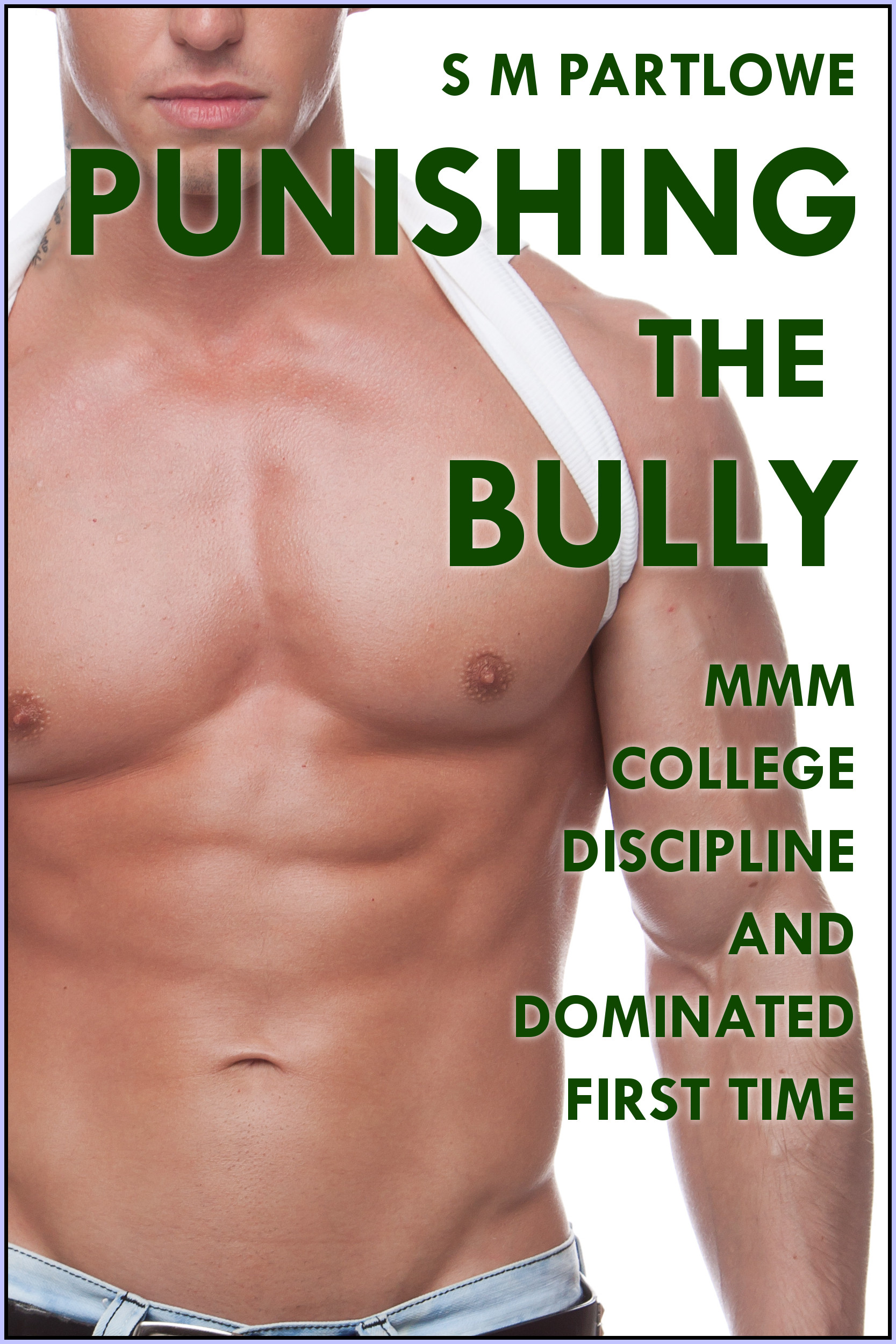 Michael might be used to getting his way, but soon the would-be bully is going to find out he likes getting pushed up against a desk and taught some manners, too.

He’s discovered a dirty little secret about one of his classmates, and Michael is sure his victim will do anything to keep it quiet. But as soon as he puts his scheme into action, the whole thing backfires and Professor Bradford finds out about it. When he asks Michael to stay after class, the college jock knows it can mean nothing good, but he has no idea the professor is going to bring in Michael’s secret gay crush to help in the punishment …

It was beyond humiliating, and it hadn’t even started yet. Worst of all was that it felt like exactly what I deserved. I’d been acting childishly and he was treating me like a child. Now there was nothing I could do but squirm and take it.

His hand rested on my ass cheek for a moment, and then he reached around beneath me and opened the fly of my pants. I stiffened as he drew them down my legs and let them crumple to my ankles. Cool air flowed over my thighs. God, how had I gotten myself into this position? Why was my heart racing? And why was I getting hard? And I was. I was getting embarrassingly stiff. I didn’t dare risk looking down, but I could only imagine it was starting to get obvious. Why was this turning me on so much?

I heard it even before I felt it. It was a great, swishing thwack as his palm landed on my presented ass. I flinched, and sudden, stinging pain enflamed my lower half. I had to bite my lip to keep from making a sound.

His hand came down again.

I gasped and blinked water from my eyes. “Two, sir,” I moaned.

His hand was tight on my hip as he spanked me. He wasn’t holding back. Each time felt like it was opening me up and exposing me to a new level of stinging, humiliating discomfort. I shifted and wriggled involuntarily, but all doing that accomplished was exposing different angles of me for punishment.