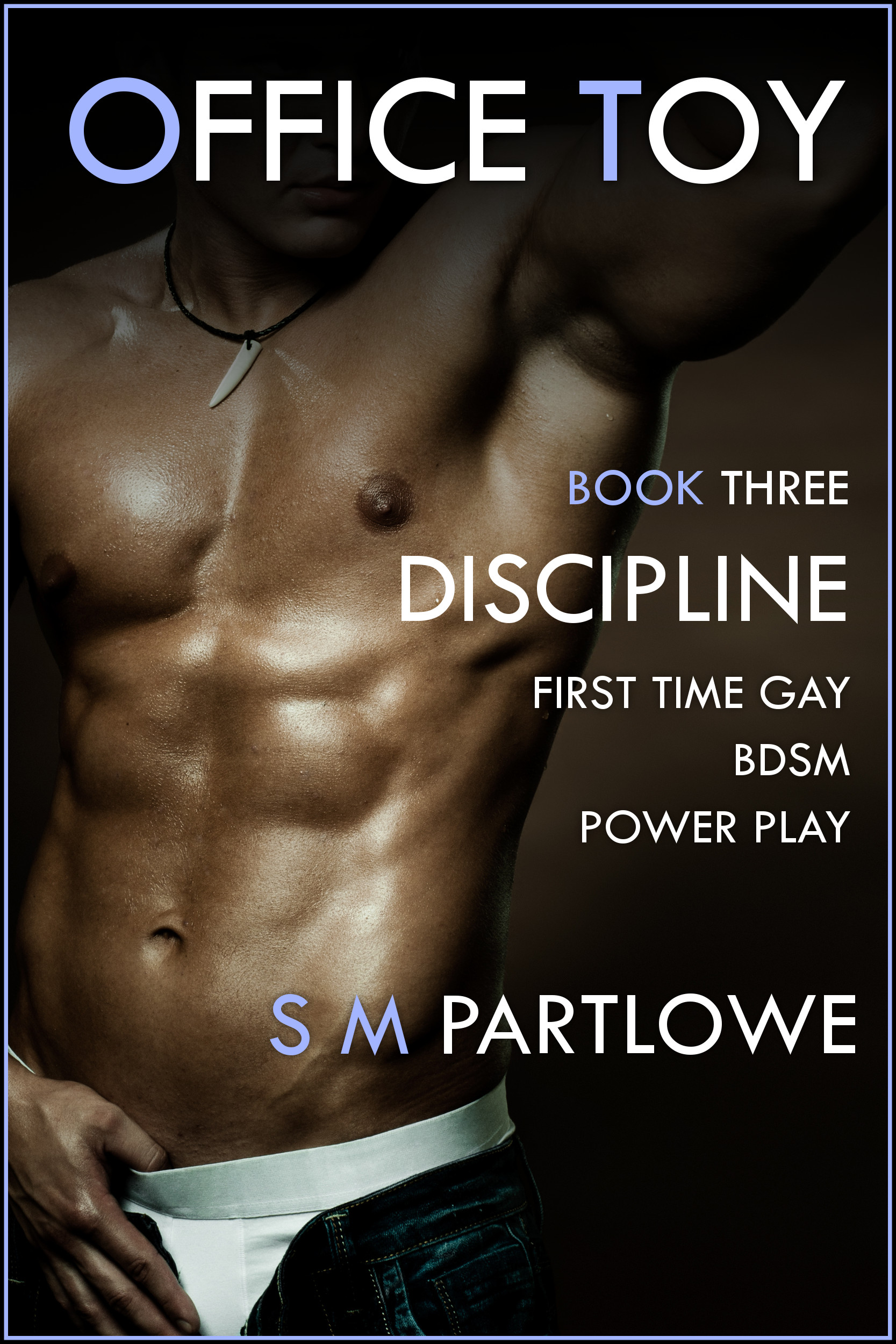 A soft breath escaped Josh’s lips at the firm touch, and he wriggled slightly against man controlling him, reveling at the humiliating position.

“This is where you wind up when you’re bad,” Daniel explained. “Each time. Every time.”

Josh has only known Daniel a few days, but already the man has him doing things he never thought he’d do. Josh’s new boss seems capable of anything, and at the moment he’s determined to turn his straight young employee into his very own sexual plaything.

It started slowly, but unmistakably. Josh’s experience in the blindfold had been spontaneous and chaotic, but the new world Daniel progressively introduced him to was slow, exquisite, and endlessly tantalizing.

It really was a game, learning what Daniel liked and wanted from him. It was an endlessly rewarding game, and even Josh’s missteps came with their own form of excitement and reward.

They did nothing like the bondage Josh had witnessed in the club, at least not yet. There was no physical restraint whatsoever. It was a psychological power. It was how Daniel made him feel. It was the way Josh hung on the man’s every word, breath held, waiting to hear if he had been good or bad, and whether the next step in their dance was punishment or pleasure. The difference between them could be so subtle as to go completely unsaid.

It was on Saturday morning when the training had begun in earnest. Josh had woken from his sleep, wrapped in the broad bed, eyes scrunched hard against the thought of getting up, until that delightful moment that now came once each morning when he remembered who he was getting up to. The warm thrill of reality lit him up inside, and he reached out to feel Daniel’s body next to his.

His eyes flew open and he sat up, looking around. Daniel was nowhere in sight. A new game? He slid out from the sheets and was about to pad into the kitchen in search when he noticed a slip of paper on the floor where it had just fallen. It must have been left beside him as he slept.

“Out, but back soon. Find the outfit in the top drawer by the door and put it on.”

Josh quickly confirmed that Daniel was indeed out of the apartment and then circled back curiously to the sleek dresser by the door of the bedroom. It was empty except for two small garments, each so thin as to be almost see-through. He drew them out and held them up.

He immediately felt his face flushing red. One item was a tank-top, thin and small enough to be tight on his skin, with a band of leather running across at the shoulders and down the sides. The other was a small thong, flimsy in his hand. The thought of wearing it was … seriously turning him on, but that didn’t mean it wasn’t intimidating.

But if Daniel wanted it, then Josh would do it. That pattern had been established. The tank top was small enough to make getting into it a slight struggle, and he pulled it down until the fabric was taut just to cover his stomach. He could feel it slightly constricting his body in a pleasurable way as he bent to put step out of his underwear and slip into the second item. It felt strange but not uncomfortable as it pulled up snug, softly lifting his cock and balls into a prominent position in front of his groin. He ran his hand up the back of his leg, feeling the bare cheeks of his ass separated only by a thin strip of fabric snaking down between his buttocks. He stepped to the mirror to evaluate the effect.

His flush deepened at the sight of himself. Josh had never been huge, but he was athletic, and the way the thin cloth of the tank top clung to the muscles of his chest and shoulders accentuated them and made him feel lithe and sexual. The thong made the bulge at his groin more than prominent, and he could see as much as feel his cock getting a bit hard beneath the thin fabric.