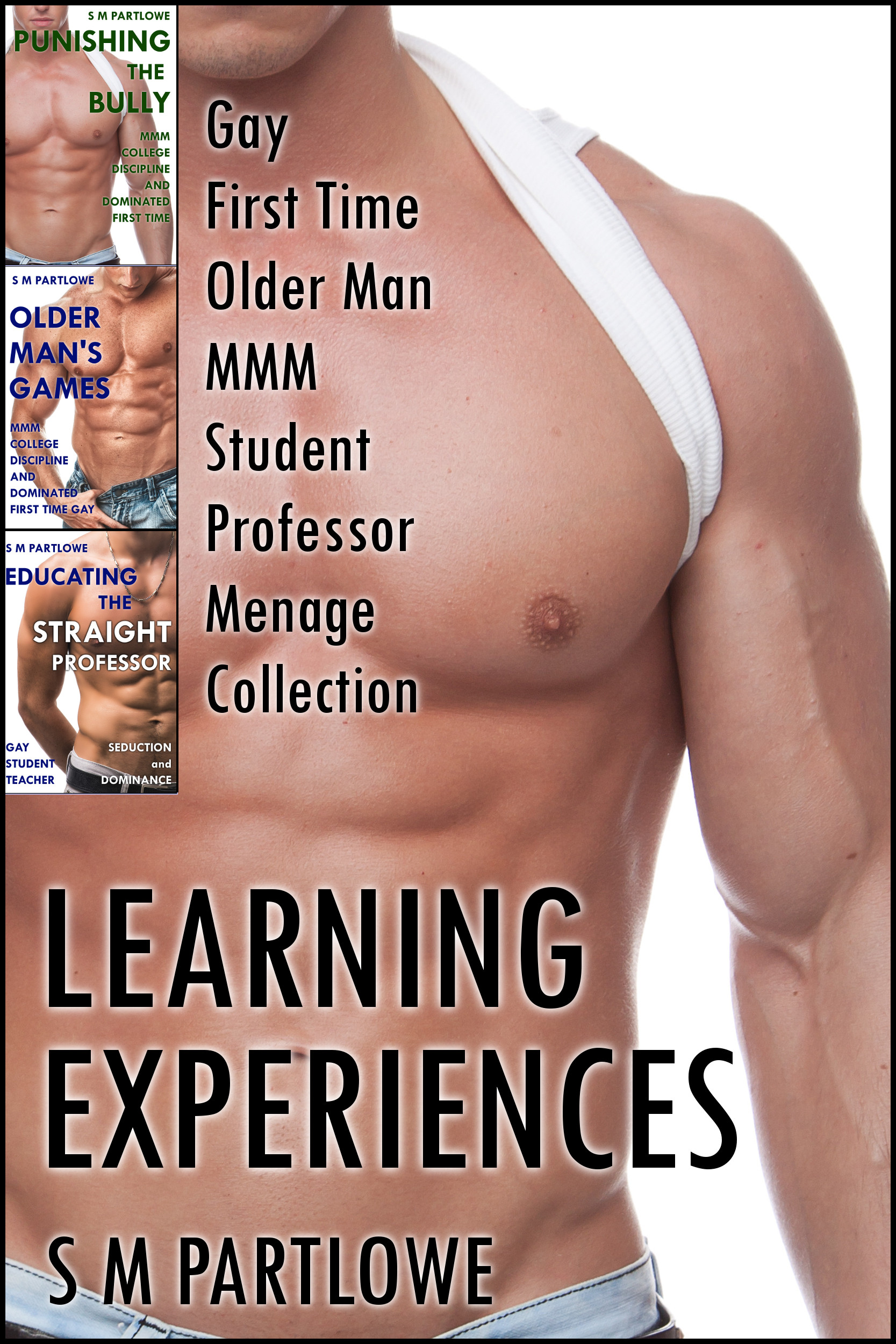 The thought of disobeying never crossed Nick’s mind. His body was flooded with a feeling he’d never felt before. It was strange and hot and eager. He liked being touched and controlled.

A stud professor might be fun to admire from the back row, but if you’re the guy caught stepping out of line in his class, the lesson on who’s in charge won’t be an easy one …

By the third week of classes, Jeremy had settled into things. After the initial onslaught of new faces, there wasn’t all that much about the job that he couldn’t handle or new surprises to put him on his back foot.

Well, except for Aaron Ross in his 302 course. That was different entirely.

When he’d been a student, it was guys like Aaron that he’d watched from afar with a mixture of nervousness and curiosity. He was about as unlike the beefy jocks as a guy could be, but in his secret, most private moments he couldn’t deny he was intrigued by their simple exuberance and enjoyment of life. All those muscled, hard-working bodies and camaraderie and brotherhood. And Aaron intrigued him more than the rest, because he wasn’t just some dumb muscle head he could pretend to himself he was too smart to respect.

No, Aaron had more than enough of a brain. Maybe he was a little too smart for his own good. It was like he could see through Jeremy, and see every little piece of him Jeremy didn’t want him to see. He could see every little hint of nervousness and shyness. He made him feel like a boy again, with all the tentativeness of his lack of sexual experience coming back to him.

And that was probably the way to put it. Something about Aaron made him regret how little he’d gone looking for more, sexually speaking. It’s not that he’d avoided things; he just didn’t have time. And the more he didn’t have time, the less he let himself think about it. Sure there had been a couple things here or there, but nothing stuck and nothing that took him out of his comfort zone. Why was it that Aaron seemed to be able to do that just by walking in the door? Jeremy was straight, after all.

The first day had been the worst, when Aaron had stayed back to talk to him after class. He could still remember the way a whole flock of butterflies had exploded in his stomach when he had looked up and met the Aaron’s eyes. Jeremy could remember the way he felt like time was moving too fast. He could remember that moment when Aaron’d leaned in to be close to him … Most of all, he remembered seeing that unspoken desire in his eyes as Aaron looked at him, right before he turned and left Jeremy shaking in the classroom.

Even three weeks later, the memory was enough to make his heart beat a little faster.

Find it on Amazon, Barnes and Noble, Google, AllRomance, and Smashwords.